The Captain of Lonan Parish has advised a date for the Requisition meeting to discuss the decision made by the Commissioners to lease the Changing Cubicles to The Shed Company Limited.  The meeting will take place at 7.00 pm on Friday the 3rd of July 2020 at the Laxey Working Men’s Institute. The meeting is open to any person to attend.

The Commissioners welcome this further opportunity to reiterate the reasons for the decision made by the Board.

These reasons and the rationale for the decision were recorded in the three documents below: 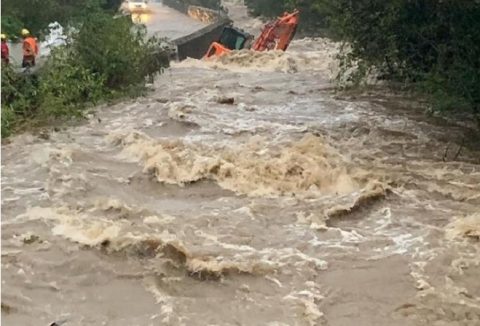 net Office has released the Independent Review into the flooding that affected Laxey on the 1st of October 2019.

The Commissioners will be discussing the report at their meeting on Wednesday 3rd June 2020.

The Report provides 10 recommendations: it can be accessed here

The Commissioners have been made aware that a request for a requisition meeting has been accepted by Captain Stephen Carter in regard to the decision made by the Board in regard to the Changing Cubicle Building on Laxey Promenade.

It is disappointing that the wording of the statement made in the newspaper notice could be interpreted in a way that suggests that the Commissioners have acted without Legal Vires in this matter.

It is more pleasing to report that in fact the legislation dictates that any lease granted on local authority property for a period of less than seven years does not require a petition to the Local Government Unit. It is also to be noted that full documentary evidence was submitted to the Local Government Unit in February 2020 in regard to the decision made by the Commissioners in this instance.

The decision made by the Commissioners has been set out in the minutes of various meetings over the years. A report on how the decision was made can be accessed via the links below. Any further questions can be forwarded to the Commissioners’ Office via admin@garff.im or by telephoning 861241 or 422148.

The Commissioners look forward to a Requisition Meeting taking place as it will provide a further opportunity to re-iterate the facts regarding the decision that was made, and how that decision was made in the interests of developing Laxey as a tourist destination and to protect the ratepayer from the considerable costs of refurbishing or demolishing the structure (30k+).

It is noted that after consideration of the review documents the decision to lease the structure to the Shed Company Limited was supported unanimously by the eight Members of the Nine-Person Board who were deemed to hold no pecuniary or personal interest in the matter.

Civic Amenity Sites open for Burnable and Green Waste only.

Please be aware that the Northern site will operate on an appointments system accessed using their website or by ringing 810100. On-line booking also available via www.ramsey.gov.im.

Due to operational issues the opening hours and the types of waste that can be disposed of may vary slightly, but both will take burnable household waste and green waste only.

It is important that people work within the social distancing guidelines and therefore there will be a restricted number of vehicles on site.

The staff will do everything possible to manage this situation smoothly but they will not be able to assist you with your items so please bring a household member to help you if you cannot manage on your own.

Additional guidance re. the Northern Site:
Residents will have to book a slot to get access to the site as stated above and in the post below; this is to prevent people queuing and blocking the main road and potentially hindering emergency services. Slots have been made available for the next 2 weeks however this will be reviewed constantly and added to as necessary depending the covid restrictions.
3 cars will be allowed on site at any one time and they will only have 10 minutes to unload their vehicle.
There will be 3 staff members on site, one on the machine /shop floor, one at the gate and one on traffic control.

The Re-use sheds will remain closed at both sites for the time being but the recycle Bring Banks around the island will open from Friday.
Please be careful when driving in these areas, expect queues over the first few weeks and be patient.

The Local Authorities running the sites understand how frustrating this has been for everyone and thank you for your co-operation.

‘Stay at Home!’ Appeal from our Health Workers on the frontline…

Please follow the latest directives from the Chief Minister and the appeals from our ‘front-line’ health workers to ‘Stay at Home’.

Observe social-distancing at all times.

See the appeal made by our health professionals here.

See this link for the latest updates

Please clean the handles on your Wheelie Bin… 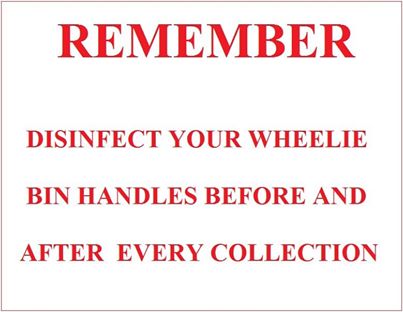 Please clean the handles on your wheelie bin before and after every collection.

Our refuse contractors are key workers in the best of times, and are certainly essential to us at the moment.

Please do your utmost to keep them operating for us. We have contingencies, but would like to keep Kinrade’s Gold-Plated Service going throughout the coming times…

All CA Sites closed from midnight 26th March 2020.
They will remain closed until further notice.

DOI Bring Banks Closed from Midnight Thursday 26th March 2020.
“In response to the Covid 19 emergency the DOI Bring Bank Service has been suspended. There will be no collections from Bring Bank sites after Thursday 26th March 2020 and until further notice.
Do not deposit recyclable materials in the bins or around the bins as the sites will not be serviced.
If possible could you please retain any glass and metal recyclables until the Bring Bank Service recommences. If placed in the residual waste bin these materials will not burn in the EfW.
Please accept our apologies for interrupting this recycling service and for any inconvenience this may cause.
If you have any queries please call us on 686540. Thank you.”

All enclosed play areas are to be closed.

The Commissioners will be installing signage to this effect on their play areas at:
Church Close, Lonan
All Saints Park, Lonan
Laxey Promenade Green
Laxey Football Club, Glen Road
The Corrany Estate, Maughold.
Please follow the latest directives from the Chief Minister and the appeals from our ‘front-line’ health workers to ‘Stay at Home’ and observe social-distancing at all times.

Garff Commissioners are “working hard” in conjunction with their Health & Safety Consultant (Pegasus Consulting Ltd) to adapt their Business Continuity Plan in response to the situation with the Corona Virus otherwise known as Covid-19.

Hopefully, its implementation will not be necessary.

The virus is having an influence worldwide and may pose a risk on Isle of Man.

The principal aim of the adapted Business Continuity Plan is to ensure that critical services such as refuse collection are maintained in the event of a wider outbreak of the corona virus on Island.

The Commissioners believe that we should be calm and proportionate in our response, but the Plan being developed is in place if circumstances change. It will be designed to ensure that robust measures are in place to secure delivery of key services in the Sheading.

You can find more information about COVID-19. A wide range of material is available on the Government website via this link:

https://www.gov.im/coronavirus#accordion
Further NHS UK information can be accessed via:
www.nhs.uk/coronavirus 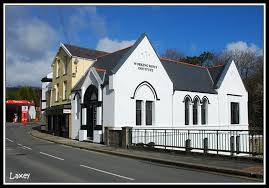 The 11th of December brings an opportunity for Laxey residents to meet the consultant appointed by government to lead the independent review ordered by Mr Quayle in response to the flooding experienced on October 1st…this afternoon/evening event will take the form of a ‘drop-in’ at the Working Men’s Institute. Further details to follow…

Additional Brass Band Festival Parking…will be available at the former Princes Motors Site at the Ramsey end of the village, and at the Lower Glen Gardens Car Park. Further parking is also available behind the Doctor’s Surgery on New Road.
Usual parking also available on New Road, Mines Road, & on Captains Hill. (see yellow areas on map below). 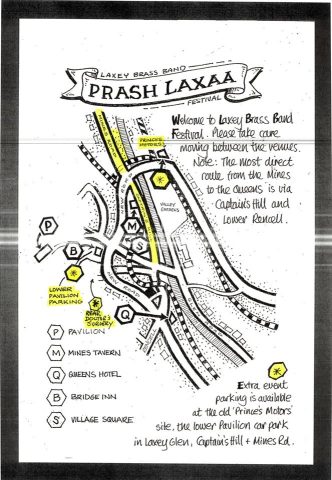